- September 23, 2014
I can feel the change of season finally.  We've had a longer then usual very warm summer.   Mind you, I'm not complaining but I'm ready for the cooler days of Autumn.

It's been a busy summer, several outdoor fairs although I had to miss that last one in August due to a case of shingles.  Yuk!  That took care of most of August and into September.  If you haven't had the vaccine I recommend getting it.  My honey had never had chicken poxes so he ran out and got the shot.  I hadn't bothered with the vaccine, one: because I just don't like the idea of all the side effects and two: I only knew one person that had ever had shingles.  Wrong, as soon as I knew what I had friends and family said "oh yeah I had them"  another acquaintance said she's had them twice.  I was lucky, I don't think I had them as bad as some but it took almost 4 weeks to start getting back on my feet.

Then tragedy struck our family my sister and best friend died.  It's a lost I will not soon get over.  She has been suffering from Alzheimer's for some years now, and if you know much about it you'll know it in itself does not take lives.  My sister lost most ability to care for herself and was getting more frail each time we visited.  She was taken to the hospital with lung congestion and unable to breath.  She died on 9/11.  Already a day planted in our memories.

My sister was 14 years older then me so from the time I was born till recently she was always there for me.  As adults we became even closer.  The two of us could conquer anything together.  We learned to pump gas, change a tire and loved to shop.  At one time we were considered hardcore shoppers.  We even spent 3 days in Edmonton Alberta at the mall.  Stayed at a hotel in the mall and never left the mall for 3 whole days.  A shoppers dream.  We had such fun.  I will miss her dearly.

I'm trying to get back on track with my art.  I have a couple of holiday events scheduled and a couple more waiting for the jury process.  Looking forward to a few days at the beach on my own.  A little change of scenery and some time alone is just what I need before getting deep into the holiday season.

I've been working on some more recycled candlestick birdhouses.  Here's my last batch, more in the works. 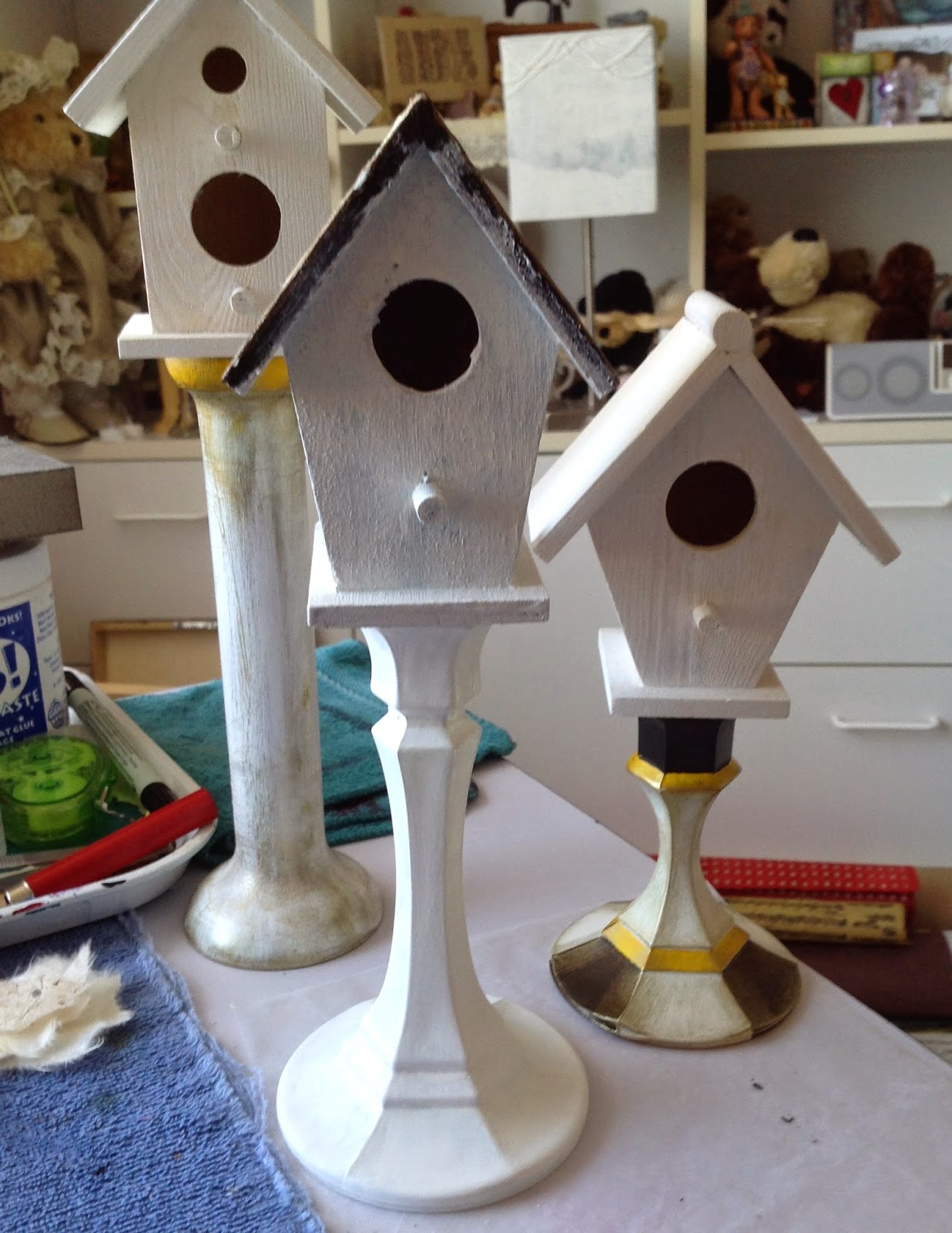 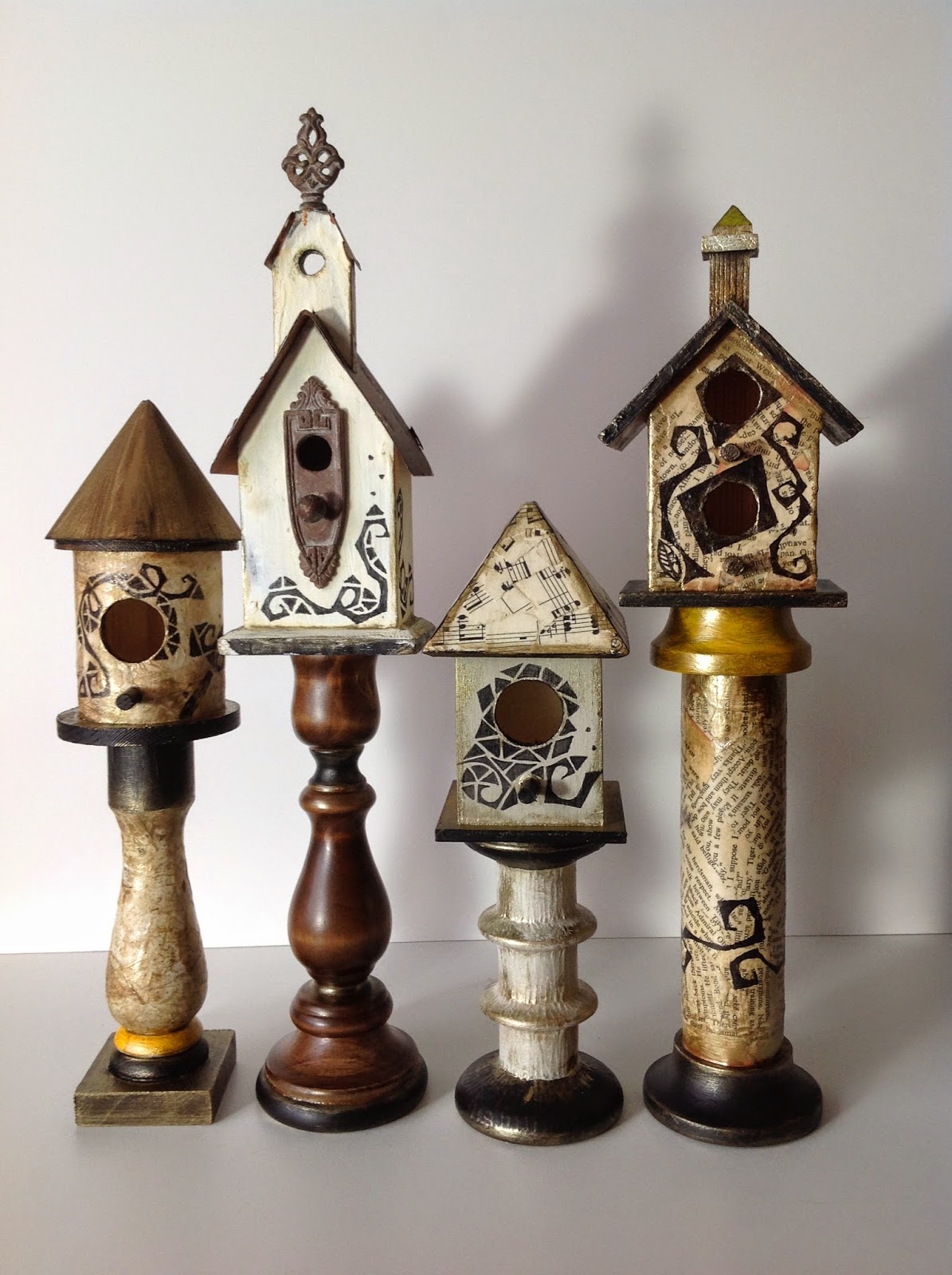 And one more pix I couldn't leave out, my grandson catching the ball to make a touchdown for his high school varsity football team.  It was such an awesome catch, of course I am a proud grandma.  They won 40 something to zero. 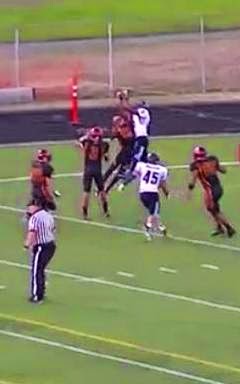 Thanks for visiting.  It's good to blog again.

Popular posts from this blog 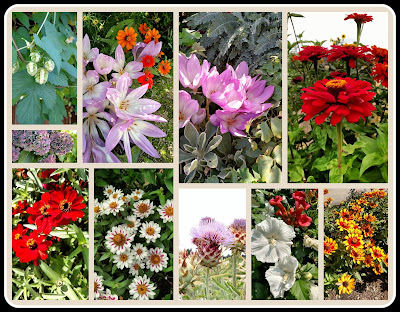 My work starts with the walk thru the gardens, mine, my neighborhood and local trails and parks.  Lately I've had time to walk Fort Vancouver Historic Reserve and their Heritage Garden.  Lots of great photos to work with.


And ends up in a doodled photograph.  These are my most recent work.

Check my Coming Events page for info where to see my work.
Thanks for visiting.
Cyndee 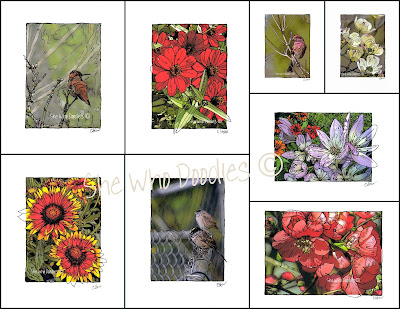 It's June and the summer art fair season is getting started.  Lot's of new work and some new products with my art.


Be sure and check my summer schedule on the "Event Page".  Also my latest custom work.

Hope to see you this summer at one of the art fairs.  If you can't make it and you are interested in my work please message me. 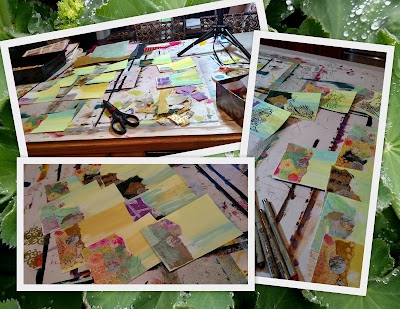 I haven'd done a post card swap for several years.  ihanna offers a swap twice a year now and they are always fun.  Not only to create the postcards but mostly receiving them.  Watching the mail box each day to see where the next one might come from.   It's not too late if you are still interested, just follow the link above to sign up, you have till Oct 22.  ihanna is in Sweden so this is an international swap.

Finally started on my 10 postcards,  a little paint, a little collage and finally some doodles.  Just waiting for my list of addresses to send them to.

It's not like I really needed another project but always fun to do something different.  I have 4 scheduled fall/holiday events and another on a wait list.  Plus it's football season and the grandsons are playing.  By the looks of the wins all 3 teams will be going into playoffs.

The rains have started after a long dry summer, but thankful the smoke is gone and the air is clear.  Feeling sad for all the famili…
Read more

She Who Doodles
I am a mixed media artist and obsessive doodler. I'm a born creative. I don't know what life is like without the need to create. The world is a constant, stimulating, visual experience, ever changing. As is my art, ever changing. Hope you enjoy viewing my journey.

All photos, artwork and written contents are property of Cynthia Eloise Starr and She Who Doodles. All rights reserved. Contents may not be reproduced in any manner without permission. Copyright© 2010 - 2020.

Thank you for stopping by. I appreciate your interest and support for my art. All sales allow me to make an ongoing contribution to help find a cure for Alzheimer's Disease in support of my Mother, Brother and Sister.